June 16, 2014: It has recently been announced that the story of The Lion King will officially continue in a Disney Junior series entitled The Lion Guard. The series will be introduced by a one-hour TV special, likely to appear on ABC. It will focus on Simba and Nala's second-born offspring, their son Kion, but will also feature other Lion King characters. A specific mention is made of Kiara, which should be good news for fans of this site. 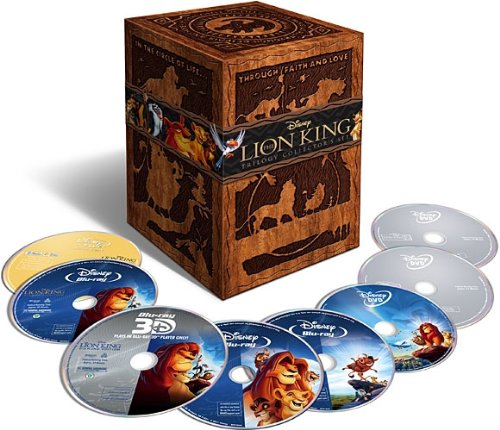 May 30, 2008: This site turns ten years old today. I still remember being at college in Hawaii, not being able to sleep one night, so I got up out of bed, went to the office of the school's religion department at about 2:30 in the morning, used my key to get in, turned on a computer there and created Kiara's Sahifa. I worked on it until about 7:30 in the morning then went to the school's cafeteria for breakfast, then went to bed and finally went to sleep. The response to the site since that fateful morning has been overwhelmingly positive. Since I've been through a couple hit counters that have all eventually broken down I don't know exactly how many hits the site has received but I do have indications that people still come to it quite freqently.

For the first couple days the website had a different name. I can't even remember now what it was but the thought had crossed my mind of calling it "The Kiara Shrine," but I wanted something more African-sounding. So I went to the old message board at Brian's site and asked for help with naming my site and Beerit (an Israeli girl) suggested looking at the Online Swahili Dictionary for inspiration. I perused it, looking for Swahili words for "site" or "website," but to no avail. Finally I found that the Swahili word for "page" was "sahifa." Thus this website became "Kiara's Sahifa."

Even though I intended the site at first to be solely about Kiara and absolutely nothing else I did over time add general Simba's Pride-related content, and now, ten years, later, this site stands as the longest running, continuously maintained Simba's Pride website. Working on the site also honed my web development skills and I now owe my full-time career as a web developer largely to Kiara's Sahifa. More importantly, I have established contacts with many great people throughout the world. In case anyone's wondering, yes, I do still maintain the site. There's not quite so much to do with it now but I have not forgotten it . . . nor will I ever. Thank you to everyone who has made "the Sahifa" a wonderful place.

This is the premier website devoted solely to Kiara, the young lion cub who first appeared in Disney's masterpiece "The Lion King" and stars in "The Lion King II: Simba's Pride." Have a look around and enjoy. Find the hidden link on this page. Sign the guestbook. All entries are responded to. Thanks for coming.

[ The Lion King Ring | Previous | Next 5 | Random | Next ]
This Lion King Web Ring site is owned by Christian Ziebarth.

"Sahifa" is the Swahili word for "page." From the Online Swahili Dictionary. URL provided by Beerit. This site began on May 30, 1998.